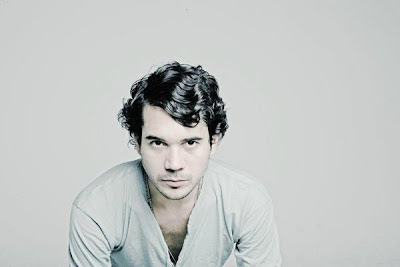 You could throw around generous descriptors and any number of genre-locking terms “electronic pop, minimal house, acid techno“ but you’d still fail to get to the center of Matthew Dear. With releases under no fewer than three aliases, including False (M_NUS), Jabberjaw (Perlon), and Audion (Spectral Sound), the Texas native has earned his international status over the course of a decade, getting his bearings on the DJ decks as a teenager to flooring sold-out crowds at venues like Fabric, and releasing universally praised original productions.

After meeting Ghostly founder Sam Valenti IV at a house party in the late 90s, Dear eventually produced the A-Side for the label’s first 12” release, Hands Up for Detroit. Since then, Dear issued his pop-infused debut album Leave Luck to Heaven and its counterpart Backstroke, which caught mainstream attention, as well as myriad releases under his club-oriented pseudonyms (including the omnipresent, chart-topping “Mouth to Mouth” as Audion). Further accomplishments include requests from the Postal Service and Hot Chip for his remix skills, and incessant touring with constantly evolving DJ sets and live performances. He’ll still tell you that his greatest pleasure is a quiet day of fishing, but with the release of his sophomore full-length, Asa Breed, and his live band US/Euro tour as Matthew Dear’s Big Hands, it”s clear that Dear has no intention of slowing down anytime soon. 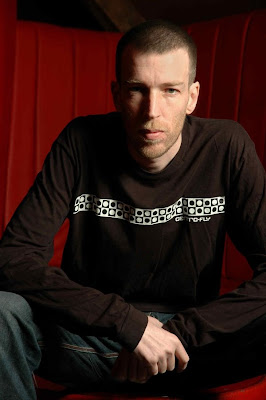 One of the unsung heroes of underground dance culture in the UK, JB is the oil that keeps the party machine rocking in London and beyond. The tech-house stalwart is resident at Jaded at The Egg, the after-hours that has revolutionised Sunday clubbing in London, Wax at 93 Feet East also the evermore popular Retox Night at Sosho and weekly at the new 54 club on Commercial St. A regular at New York’s ubercool Sullivan Rooms, JB’s skills behind the decks have also taken him from Ibiza to Eastern Europe and to the UK’s major festivals, including Glastonbury and Global Gathering. An instrumental part of the Eukatech family, he helped the label pull off some of there best warehouse parties and is also heavily involved in the Micro-climate wicked woodland raves in West London. Some said it couldn’t be done… and JB proved them wrong. “With a background steeped in the free rave era, JB is just as pivotal to the party scene of the here and now.” Lesley Wright, Editor, DJmag JB plans to breathe new life into his dance labels - Dance Wicked (soulful house) and MES Records (deep through tech-house) - this year. Look out for Blaze single ‘How Deep Is Your Love’, remixed by Azad & the Stir15 crew, tipped to be a Spring smash on Dance Wicked through Word and Sound. And be sure to check the ‘Chris Udoh EP’ and ‘100 Hz EP’ for freakoid deep tech floor shaking action on MES. On the production front, JB & Veronski’s mix of Tim Sheridan & Smokin’ Jo’s ‘Nastydirtysexmusic’ has been carving up dancefloors - prompting Tim Sheridan to rate it better than the original! “I was pleasantly surprised to find JB a wonderfully deep and driving spinner of wax. This led to a most welcome remix that I consider my favourite ever done to my material. He’s a real swell fella too…” Tim Sheridan, Nastydirtysexmusic There is also a forthcoming JB & Veronski EP due out in May 2006 on the Eukatech Imprint that big things are expected of. The non-stop party machine has yet another card to play in coming months. Together with old mate and DJ chum Darren Roach, JB will be launching new label and club Electronicbodymovement in October. Both label and club - which will invade The Egg and other venues on monthly Sat nights - will be tuned into “the best electronic music with an unexpected twist”. “Some people say I play electro, others techno or tech-house,” says JB. “Whatever you wanna call it, I know good music and I just wanna play great music that makes people dance like crazy.” It’s this open-minded and versatile approach that has seen JB DJ with the world’s top jocks, from Tony Humphries, Timmy Regisford, Kerri Chandler, Derrick May and Terry Francis to Layo & Bushwacka!, Mr C and Hipp-e & Halo (H-Foundation). And it’s his attitude that makes him a favourite with underground party people.
Publicadas por Bar americas a la/s 5/19/2008 03:34:00 p. m.